This image was taken out on the Del Mar Jetties toward Camp Pendleton.  This piece is titled “Little peaks” for the way the two caps of the swell seem to resemble a small mountain range.  I caught them right as they were beginning to roll back out into white water, creating this crisp edge at the top, like the peaks of two mountains.  The clear lines in the waves make them seem to loose all motion, transforming it from a snapshot of a rushing wave, to a still-life of a steady landscape. My favorite part of this piece though is actually the two small hidden treasures.  If you look closely you can the lone seagull flying off toward the horizon, toward the even less visible naval ship in the background.  It’s subtle, yet ominous appearance is a clear contrast to the joyful picture of the two waves depicted. 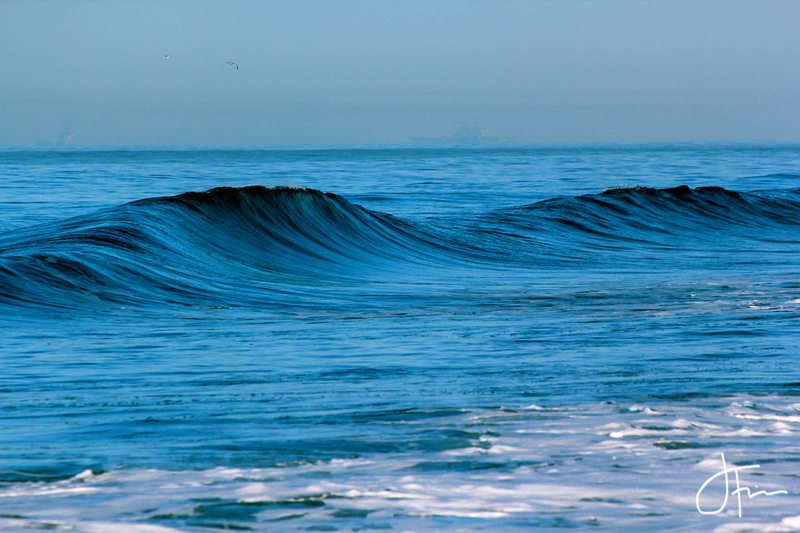